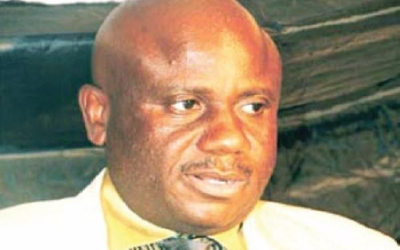 Ever since BBNaija 2020 kicked off, one young man has consistently been flirting with the ladies in the Big Brother House, he is Kiddwaya son of a Benue billionaire.

From Erica to Wathoni and Nengi, this handsome youngster has the charms and looks  that sweeps these ladies off their feet.

Unknown to many, Kidd is the son of Benue billionaire, Terry Waya.

Though Waya doesn’t rock the social scene like he used to many years ago, many will not forget in a hurry how he made waves with his 40th birthday party held in the United Kingdom, which had over 10 Nigerian governors in attendance.


But with his son’s involvement in the reality show, Terry’s discreet life has disappeared. Ever since Kidd Waya made it known that he was born by a billionaire, the housemates started treating him differently.

Kiddwaya obtained his First Degree at Nottingham Trent University and later obtained a Masters Degree in Business Sciences from the same university.

He is an entrepreneur who doubles as the CEO of Valley Foods Company which is located in Nigeria. Kiddwaya ia also a co-founder of AK Exports.

According to Kiddwaya he has been in several relationships and as a matter of fact his longest relationship lasted for 4 years.