UNILAG Crisis: What the law says on removal of vice-chancellor 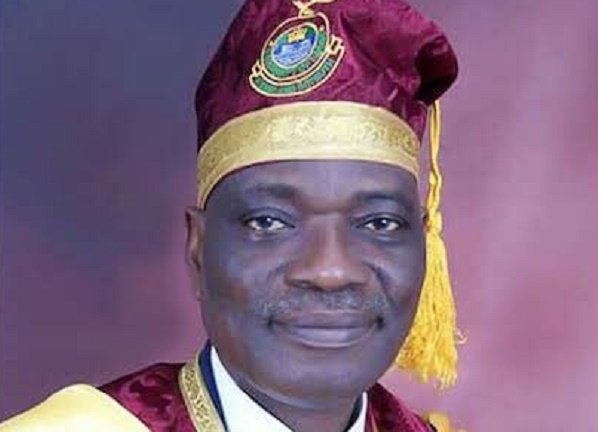 The University of Lagos (UNILAG) is currently in the news over the controversial removal of Oluwatoyin Ogundipe, the institution’s vice-chancellor.

Ogundipe was removed on Wednesday during a meeting of the varsity’s governing council at the National Universities Commission (NUC) headquarters in Abuja.

The meeting, which was presided over by Wale Babalakin, pro-chancellor and chairman of the council, had 11 out of the 12 council members in attendance, majority of whom voted for Ogundipe’s removal.

The vice-chancellor was removed amid allegations of financial impropriety and gross misconduct.

After the announcement was made, several developments occurred with some representatives of the institution condemning the act.

Bola Oboh, a senate representative at the UNILAG governing council, said the vice-chancellor’s removal was against the institution’s regulation, adding that the council removed Ogundipe without giving him the opportunity to defend himself.

Oboh also accused Babalakin of turning deaf ears to requests for compliance with due process in the removal of the VC.

Ogundipe had also countered the removal, saying he remains the institution’s vice-chancellor.

WHAT THE LAW SAYS

Section 3 of the Universities Act 2003 (as amended) makes provisions for the process leading to the removal of a vice-chancellor, which shall be done following the constitution of a committee made up of members of the senate and the governing council.

“When the proposal for the removal of the Vice-Chancellor is made, the Council shall constitute a joint committee of Council and Senate consisting of- (i) three members of the Council one of whom shall be the Chairman of the

committee, and (ii) two members of the Senate, provided that where the ground for removal is infirmity of the body or mind, the Council shall seek appropriate medical opinion,” the act reads.

Meanwhile, according to Section 17 of the University of Lagos Act (1967), the removal of a vice-chancellor — who is also a member of the governing council of the university — will be based on a recommendation by the council.

“If it appears to the Council that a member of the Council (other than an ex officio member) should be removed from office on the grounds of misconduct or of inability to perform the function of his office, the Council shall make a recommendation to that effect through the Chancellor to the visitor, and if the Visitor, after making such enquiries (if any) as he considers appropriate, approves the recommendation he may, by an instrument in writing signed by him, remove the person in question from office,” Section 17(1) of the act reads.

In a published paper on the appointment and removal of a vice-chancellor under the Nigerian law, Ehi Oshio, a professor of law at the University of Benin, highlighted the process of removing a VC in accordance with the law.

He also quoted section 3 (8)-(11) of the universities autonomy act, 2003, which details the relevant provision of the law on the subject.

Oshio referred to the universities autonomy act as the principal act, saying it empowers the governing council to remove the vice-chancellor from office — after due process — on grounds of gross misconduct or inability to discharge the functions of his office as a result of infirmity of body or mind.

He added that the VC is also entitled to fair hearing, as well as the option of appealing such removal.

“Section 3(8)-(11) of the Principal Act as amended, vests in the Governing Council power to remove the Vice-Chancellor from office on grounds of gross misconduct or inability to discharge the functions of his office as a result of infirmity of body or mind after due process,” Oshio’s article reads.

Therefore, Ogundipe’s removal must meet the above conditions, as a contrary line of action will be against the provisions of the law.