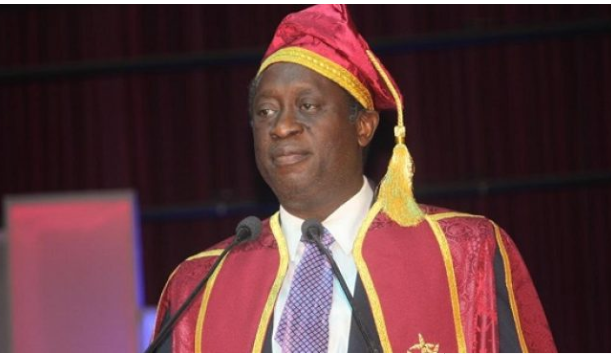 Bola Oboh, a senate representative at the University of Lagos (UNILAG) governing council, has kicked against the removal of Oluwatoyin Ogundipe as the vice-chancellor of the institution.

The varsity’s governing council, led by Wale Babalakin, its pro-chancellor, on Wednesday sacked Ogundipe as the vice-chancellor during its meeting at the National Universities Commission (NUC) headquarters in Abuja.

But in a statement, Oboh said the vice-chancellor’s removal was against the institution’s regulation, adding that the council removed Ogundipe without giving him the opportunity to defend himself.

She also accused Babalakin of turning deaf hears to entreaties that due process should be followed in the removal of the vice-chancellor.

Oboh called on other members of the senate to stand against the “shameful act currently ongoing” under the leadership of the pro-chancellor.

“Dear senate members University of Lagos regulation has been stepped on and ridiculed. Babawale Babalakin, the Pro-Chancellor waited for the tenure of Prof. Chukwu and Prof. Familoni to end, to call an Emergency Council meeting,” the statement read.

“But then went ahead to announce the removal of the VC. Dear Senate members, the procedure for removal of persons in office is clear and this was pointed out to Babalakin several times but he turned deaf ears.

“He said he will announce the Ag. Vice Chancellor at 5pm. I have excused myself that I need to report to Senate members the shameful act currently ongoing. Please let us arise to fight this.”

Babalakin and Ogundipe have been at loggerheads since March over the institution’s 51st convocation, which was cancelled just before it commenced.

Adamu Adamu, minister of education, had asked the institution to suspend the ceremony after the chancellor accused the management of not following due process in reaching its decision as regards the event.

But Ogundipe insisted that the university followed the pro-chancellor’s directives and did not contravene any law.