ONDO 2020: You can only become governor after 12 years – Akeredolu tells Jegede 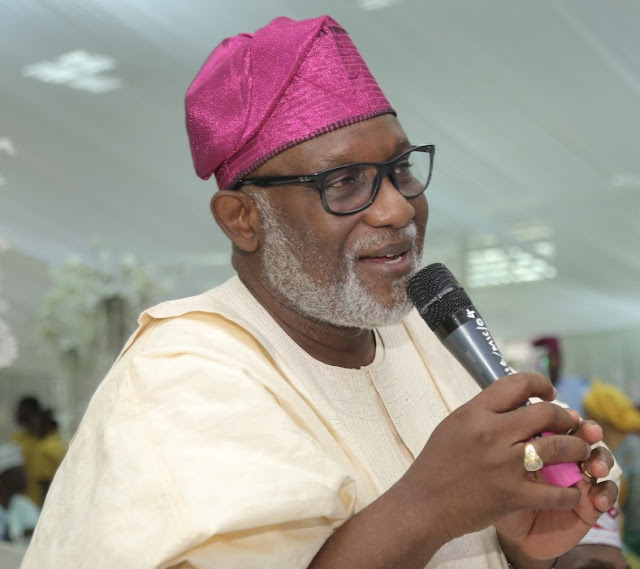 The race towards the October 10 governorship election in Ondo State has continued to hot up as Governor Oluwarotimi Akeredolu on Tuesday asked the candidate of the People’s Democratic Party, PDP, Eyitayo Jegede to drop his governorship ambition on the grounds of equity.

Akeredolu who said that for Jegede’s ambition to materialize, he must wait for 12 years as he stressed that it is not yet the turn of the Central Senatorial District where the PDP standard-bearer hails from.

According to Akeredolu who is seeking re-election under the All Progressives Congress, APC, it will be unfair to short change the Northern and Southern Senatorial District after the district where Jegede comes from had just ruled the state for eight years.

The governor stated this in Akure, the state capital while inaugurating the campaign office donated to him by one of the APC aspirants, Ife Oyedele.

The governor who is seeking another four-year term had maintained that the district that ought to produce the next governor for the state after his exit from office should be the Southern Senatorial District which had the privilege between 2003 to 2007 since the country’s return to democracy in 1999.