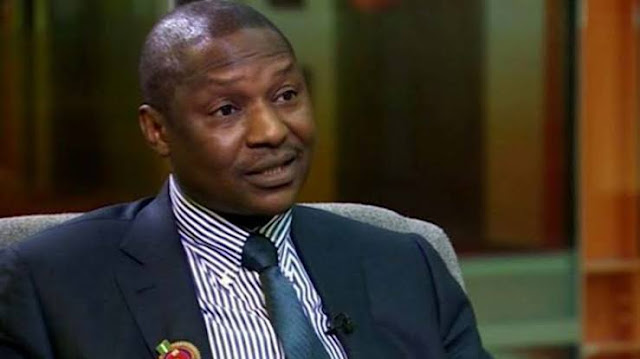 The Attorney-General of the Federation and Minister of Justice, Abubakar Malami, says he does not need to tinker the Economic and Financial Crimes Commission (EFCC) Act 2004 to enable him regulate the agency.

Malami stressed that he was not seeking to sponsor any bill for more powers to “control” the commission.

The AGF spoke through his spokesman, Umar Gwandu.

In a statement on Tuesday, Gwandu said by virtue of the extant laws governing governmental operations, the AGF has “indisputable statutory powers to regulate the operations of the commissions without recourse to any additional legislations”.

He said Section 43 of the EFCC Act made it clear that: “The Attorney General of the Federation may make rules or regulations with respect to the exercise of any of the duties, functions or powers of the Commission under this Act”.

The aide noted Malami believes in the doctrines of separation of powers and could not meddle into the affairs of legislature for megalomaniac sake.

“It is a global practice that the legislature may at their discretion spearhead the amendment of existing legislations in order to accommodate certain exigencies occasioned by contemporary realities and the need to improve performance to achieve best practices without any prompting from external organs of the government.”

The statement added that Malami’s priority “is to see to the effective execution of statutory mandates of supervising parastatals under the Federal Ministry of Justice in a way that make them function in the best interest of the general public.”