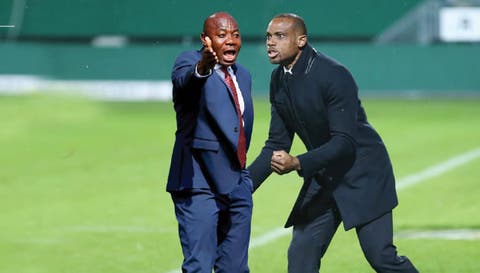 The NFF is yet to name a replacement for Bitrus Bewerang, whose contract was not renewed in July.

Oliseh was a part of the Eagles that won the 1994 Africa Cup of Nations in Tunisia and was in charge of the Eagles for almost a year.

He was Sports Director at Belgian side Eupen and also managed Vervietois and Fortuna Sittard, helping the latter gain promotion to the Eredivise, before parting ways with the Dutch side.

Our correspondent also gathered that former Eagles assistant coach Emmanuel Amuneke and US-based Dr Terry Eguaoje are also being considered for the role.

It was learnt that the NFF have made an offer of N3m to Amuneke to leave his current position with Misr Lel Makassa in Egypt, but the former Barcelona star reportedly considered the offer too small compared to what he earned at El Makkasa in Egypt.

The 1996 Atlanta Olympic Games gold medallist and AFCON 1994 winner, according to sources, is on $20,000 monthly salary as Misr Lel Makassa’s Director of Academies in Africa.

Amuneke has worked severally with FIFA and coaches the Golden Eaglets’ to a fifth U-17 World Cup title in 2015.

He also managed the Taifa Stars of Tanzania at the 2019 AFCON in Egypt. He has also worked as an assistant coach at Al-Hazem (Saudi Arabia) and coached Al Khartoum of Sudan.

Though little-known in Nigeria, Eguaoje Terry served as the Director of Coaching for Fusion Soccer Club before accepting a position with Texas Premier Girls Academy Programme.

He holds a Masters degree in Sport Management and has a Doctorate degree in Education. His coaching qualifications include USSF “A” License, NSCAA Premier Diploma, USSF National Youth, NSCAA National Youth, and USSF Goalkeeper License.

Eguaoje is believed to be the top choice of sports ministry officials.