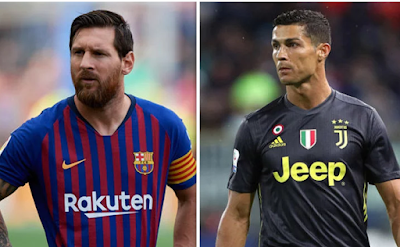 Juventus have made contact with Lionel Messi’s camp, in a bid to try and lure him to Turin and form a stunning attacking duo with great rival Cristiano Ronaldo, according to L’Equipe.

Messi and Ronaldo have battled for the coveted status as the world’s best footballer for more than a decade and played against each other in Spain’s El Clasicos.

Ronaldo left Real Madrid to Italy two summers ago and now the Serie A champions want Messi to join him.

It is claimed Juve have made a ‘discreet approach’ to Messi’s father to explore the possibility of a sensational switch.

Manchester City remain frontrunners in the race for Messi, who has informed Barcelona of his desire to leave this summer.

Inter Milan and Paris Saint-Germain are the other clubs monitoring the situation.