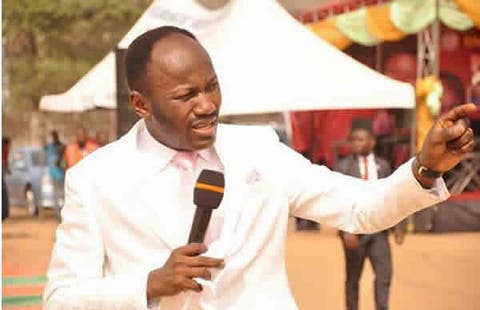 The General Overseer of Omega Fire Ministries International, Apostle Johnson Suleman, says it is ironic that Nigeria which pardons Boko Haram members could support the killing of a man for blasphemy.

Suleman said this in a tweet on Tuesday while reacting to the death sentence handed to a musician, Yahaya Sharif-Aminu, by an Upper Sharia Court in Kano State.

He tweeted, “A country that pardons terrorists wants to kill a man for blasphemy. I am sure even Saudi Arabia is shocked… the worst form of deception is self-deceit.”

The Federal Government had recently released over 600 repentant terrorists and given them N20,000 each to settle down, a move which has been criticised by a large section of Nigerians.

Some states in northern Nigeria operate the Sharia system of justice.

The Sharia system, which also has its own Court of Appeal, handles both civil and criminal matters involving Muslims and its judgments can also be challenged in Nigeria’s secular Courts of Appeal and the Supreme Court.

Sentences handed down by the courts usually include floggings in cases of adultery and fornication; amputations for theft and the death penalty for blasphemy.