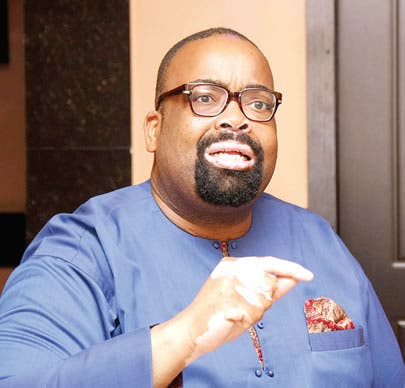 The Board of Trustees of the Nigerian Bar Association that was petitioned by a presidential candidate in the association’s July 2020 election, Mr. Dele Adesina (SAN), says it cannot advise the cancellation of the widely criticised poll.

The NBA BoT in a reply to Adesina noted that his petition dated August 2, 2020 raised issues of serious concerns about the conduct of the election which held electronically between July 29 and 30, 2020, but urged him to overlook the failings of the poll in the spirit of cohesion of the body of lawyers.

The BoT’s reply dated August 19, 2020 and signed by its chairman, Dr. Olisa Agbakoba (SAN), who is also a former President of the NBA, noted that although the election was not perfect, the BoT could not advise that the election be cancelled “in the overall interest of the Bar.”

It read in part, “The Trustees have given careful consideration and deeply reflected on your petition and all the responses, in particular that of ECNBA (Election Committee of the Nigerian Bar Association).

“We note that the elections were not perfect. We reviewed your petition and note that it raises serious issues. Nonetheless, our advice will be the overall interest of the Bar should be paramount on the mind of every Nigerian lawyer and to that extent, we urge that all lawyers and no less the candidates be mindful of the need to promote a cohesive. united and strong Bar.

“We regret that we are unable to advise that the election should be cancelled in the overall interest of the Bar.”

In the reply to Adesina, which was also copied the ECNBA led by Mr. Tawo Tawo (SAN), the president-elect, Olumide Akpata, and the third presidential candidate in the poll, Dr. Babatunde Ajibade (SAN), said the NBA elections had continued to present challenges since 2016 when the electronic voting system was introduced.

The BoT noted that it therefore “strongly recommend that a major transformation of our electoral process and framework must be undertaken.”

Noting that it would be ready to support any move by Akpata’s incoming NBA leadership to reposition the association’s electoral process, the BoT said it would be “happy to be assigned this very important responsibility at ensuring that the incoming administration acts accordingly.”

Adesina, who came third in the three-horse presidential race had, in his petition, alleged that the election was marred by “classical electronic fraud, illegal and unconstitutional process” and called on the NBA BoT to order the cancellation of the election.

Specifically, Adesina alleged, among others, that the appointment of the service provider for the NBA 2020 election was done solely by the NBA president and that the voter list was not released by ECNBA until five hours to the election, in violation of the NBA Constitution.

He alleged the loading of “predetermined data on the election site and disenfranchisement of about 14,000 prospective voters,” “manipulation and padding of voters list in that it contained 4,464 names of purported lawyers without branches;” erroneous tagging of 86 names of lawyers under the category ‘International Diaspora’, inflation of list at some branches, among others.

The BoT noted that it forwarded the petition to the ECNBA, Akpata and Ajibade, and reflected excerpts of their responses in its reply to Adesina.

The reply quoted the ECNBA as defending the conduct of the election and denied all of Adesina’s allegations by noting, among others, that it was “solely responsible for engaging the IT Consultant and determining the platform to be used for the NBA 2020 election in accordance with the NBA Constitution and not the NBA President.”

The ECNBA also stated that it, in conjunction with the national secretariat, released the full list of all legal practitioners qualified to vote on July 1, 2020, at least 28 days before the date of the election;” adding that it “did not abdicate its duty as it did not receive any complaint of a violation of the NBA Constitution or Election Guidelines from the petitioner or anyone.”

It added that there was “no untoward activity in the upload of data on the voting platform that would affect the outcome of the election or disenfranchise any voter.”

Ajibade, on his part, described “the process leading up to and during the election itself as “unfortunate.”

He stated that while the electoral process had “not been devoid of controversy”, the NBA “cannot succeed in addressing the challenges confronting our profession unless we unite and I urge the incoming President and his executives to take deliberate and proactive steps to unite the Bar”.

On his part, Akpata stated that he acknowledged “that the build up to the election gave reasons for one to be concerned”, but that “the election, the voting and result of which was monitored live by a significant proportion of Nigerian lawyers and which generated unprecedented interest in the affairs of our association by non-lawyers was tree and fair, and the result was by all estimation, truly reflective of the will of Nigerian lawyers”.

But he noted that given “the strictures that trailed the election”, his incoming administration would make it its “top priority” to introduce “an efficient data management system for the NBA and to follow that up with other institutional and structural changes that will reform and improve upon the electoral process of our great association.”