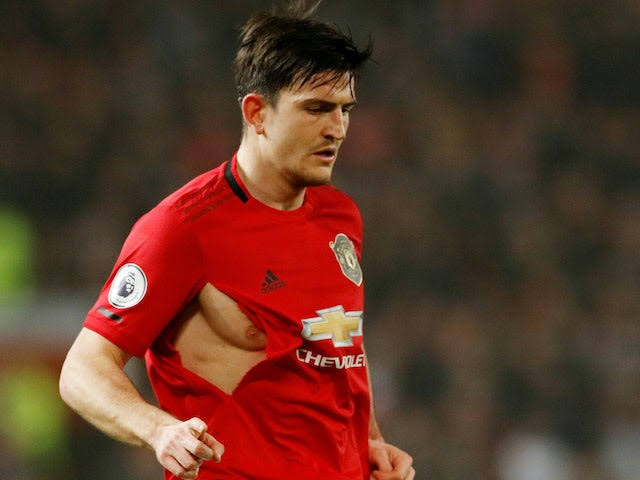 Harry Maguire has been given a suspended prison sentence of 21 months and 10 days after being found guilty of aggravated assault, resisting arrest and repeated attempts of bribery.

The sentence will be suspended because it is a first offence and charges were misdemeanours. His team have said they will appeal.

Maguire was convicted of all the charges against him by a court on the island of Syros.

He was arrested with his brother and a friend after a fight broke out while he was on holiday in Mykonos over claims his sister was injected with a suspected "rape drug".

The court had been asked to postpone proceedings over the incident, which happened last Thursday during a family getaway.

But the trial went ahead in the absence of all three defendants - Maguire, his brother Joe and their friend Christopher Sharman.

Yoannis Paradissis, the lawyer who assisted the prosecution of Harry Maguire, says the victims are still waiting for an apology from the Manchester United captain after he was found guilty of aggravated assault, resisting arrest and repeated bribery attempts in Greece.

Yoannis Paradissis, the lawyer who assisted the prosecution of Maguire, says the victims are still waiting for an apology from the Manchester United captain.

Maguire said: "Following the hearing today, I have instructed my legal team with immediate effect to inform the courts we will be appealing.

"I remain strong and confident regarding our innocence in this matter - if anything myself, family and friends are the victims."

Speaking after the verdict, the lawyer who assisted the prosecution told Sky News the victims are still waiting for an apology.

He said: "When you're a sportsman and a role model you have to accept what you've done and say sorry.

"Until today, we haven't had that - they have said it's all the fault of the policeman.

"This was not accepted by the court. The victims and the policeman were assaulted. The only thing they want is an apology."

He said the victims were "totally appalled" by Maguire and his co-defendants' behaviour.

Manchester United said in a statement: "Manchester United notes the verdict of the Greek court today. Harry Maguire pleaded not guilty to all of the misdemeanour charges made against him and he continues to strongly assert his innocence.

"It should be noted that the prosecution confirmed the charges and provided their evidence late on the day before the trial, giving the defence team minimal time to digest them and prepare. A request for the case to be adjourned was subsequently denied.

"On this basis, along with the substantial body of evidence refuting the charges, Harry Maguire's legal team will now appeal the verdict, to allow a full and fair hearing at a later date."

The prosecution alleged that once Maguire, who has been named in Gareth Southgate's latest England squad despite the ongoing court case, arrived at a police station, he said: "Do you know who I am? I am the captain of Manchester United, I am very rich, I can give you money, I can pay you, please let us go."

Plain clothes police officers intervened to try calm the situation, but the "English men" did not, and one of the defendants said "f***, f*** the police" and one punched an officer, it was claimed.

The trial went ahead against the wishes of Maguire's defence team, with his lawyer Alexis Anagnostakis telling the court in Syros that two Albanian men had approached Maguire's sister Daisy - who fainted immediately after being injected with an unknown substance.

They called for transport and asked to be driven to hospital, but were instead taken to a police department.

Mr Anagnostakis alleged that Maguire was then kicked in the leg by police officers who told him: "Your career is over."

The defence argued they were breaking away to make a phone call. But the police officer said he did not see them make one.

The court heard one officer received first aid while trying to make an arrest, because Maguire got angry when he realised he was handcuffed and tried to break away.

The officer who handcuffed Maguire said the footballer pushed him hard, causing him to fall backwards and hurt his back and suffer a leg injury. He said he was injected with painkillers and took the next day off to recover.

A third police officer gave a similar account of events in court.

Earlier, Mr Anagnostakis said the list of charges was finalised on Monday, so he only received a hard copy of the file on Tuesday morning - two hours before the trial.

Maguire, who was not present in court, pleaded not guilty, denying charges of aggravated assault and attempted bribery of an official.