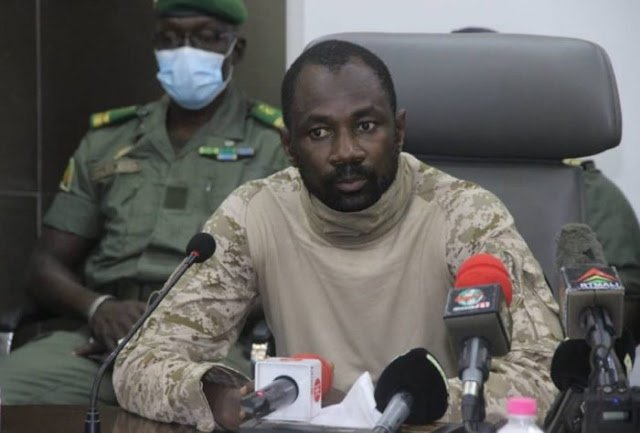 The junta that seized power in Mali wants a military-led transitional body to rule for three years and has agreed to release the ousted president, a source in a visiting West African delegation and the rebel soldiers said Sunday.

Last week’s coup — Mali’s second in eight years — followed months of protests calling for Ibrahim Boubacar Keita to resign as public discontent with the government grew over the collapsing economy and a brutal Islamist insurgency.

“The junta has affirmed that it wants a three-year transition to review the foundations of the Malian state. This transition will be directed by a body led by a soldier, who will also be head of state,” a source in the ECOWAS delegation told AFP after talks with the junta.

“The government will also be predominantly composed of soldiers” under the proposal, the source said on condition of anonymity.

A junta official confirmed to AFP that “the three-year transition would have a military president and a government mostly composed of soldiers”.

The source and the official added that the soldiers have agreed to free Keita, detained along with other political leaders since the coup on Tuesday, and he would be able to return to his home in the capital Bamako.

“And if he wants to travel abroad for (medical) treatment, that is not a problem,” said the source from ECOWAS, which stands for the Economic Community of West African States.

Prime minister Boubou Cisse, who has been held with Keita at a military base outside the capital where the coup began, would be moved to a secure residence in the city.

While the coup was met with international condemnation, thousands of opposition supporters celebrated the president’s ouster in the streets of Bamako.

The junta has said it “completed the work” of the protesters and has vowed to stage elections “within a reasonable time”.

However, Mali’s neighbours have called for Keita to be reinstated, saying the purpose of the visit by the delegation from the regional ECOWAS bloc was to help “ensure the immediate return of constitutional order”.

The ECOWAS talks are set to resume in Bamako on Monday after two days of negotiations with the junta.

“We have reached a number of agreements but we have not reached agreement on all the issues,” Nigerian ex-president Goodluck Jonathan, head of the delegation, told reporters as Sunday’s discussions drew to a close.

Both the regional delegation and the military officers “want the country to move on” after the coup, he said. “We are just discussing the way forward.”

Jonathan met Keita on Saturday and said that he seemed “very fine”.

Keita won an election in a landslide in 2013, presenting himself as a unifying figure in a fractured country, and was re-elected in 2018 for another five-year term.

But he failed to make headway against the jihadist revolt that has left swathes of the country in the hands of armed Islamists and ignited ethnic violence in the country’s volatile centre.

ECOWAS Commission chief Jean-Claude Kassi Brou expressed hope over the weekend that it would be possible to “finalise everything” on Monday, underlining the military’s “strong will to move forward”.

“We need results, because on August 26, the ECOWAS heads of state meet to say whether they will strengthen sanctions against the junta, or if the grip on them will be loosened,” said a member of the delegation.