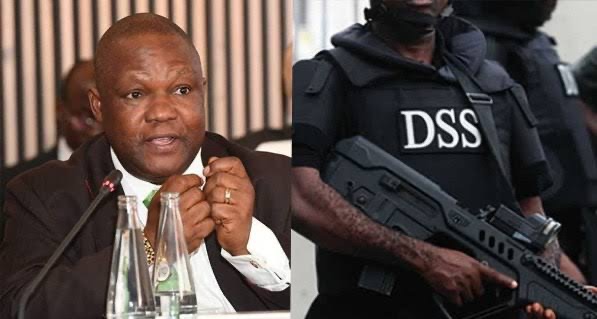 A former deputy governor of the Central Bank of Nigeria, Dr Obadiah Mailafia on Wednesday honoured the invitation of the Department of State Security Service (DSS) over his comment that government is culpable for the ongoing killings and in Southern Kaduna.

Dr Obadiah arrived at the Plateau State Command of the DSS Jos at exactly 12:45 pm along with a Senior Advocate of Nigeria (SAN), Pius Akumbo and Plateau State chairman of Nigeria Bar Association, Saleh Bawa.

Before his arrival at the premises of the DSS, the vicinity was besieged by his loyalists mostly members of different socio-cultural groups within the Middle Belt, including members of the Middle Belt Forum and Association of Middle Belt Ethnic Nationalities.

Despite the heavy presence of men of the DSS, his loyalists insisted of remaining within the vicinity until he came out of the office of the DSS.

As of the time of filing this report on Wednesday, Dr Obadiah and his lawyer, Pius Akumbo SAN are still with the men of the Department of State Security Service (DSS) in Jos while his supporters keep waiting within the vicinity.