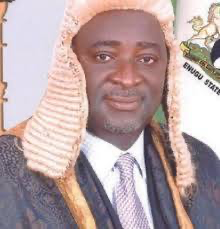 The Speaker of Enugu State House of Assembly, Chief Edward Ubosi, has recounted his near-death experience with COVID-19 after recovering from the virus.

Chief Ubosi revealed this during a Thanksgiving service organised at the House of Assembly complex on Tuesday in appreciation to God for his recovery.

The Speaker, who never made his COVID-19 status public, said that his survival was an Zct of God as the disease has no known cure. He said God given him a second chance by restoring his health even when he had lost hope of survival.

Ubosi, who described his recovery as a great miracle, urged the public to observe all safety precautions stipulated by the Nigeria Centre for Disease Control (NCDC), stating that COVID-19 is real.

He appreciated his colleagues and civil servants in the House of Assembly for their prayers, which, he said, led to his recovery from disease.

On the death of Chief Chijioke Ugwueze, who represented Isi-uzo constituency, Ubosi said he was heartbroken because of his contribution to the 7th Assembly and the State.

Ubosi declared that the Assembly was back to resume its normal activities, adding that pending matters would be addressed to ensure smooth running of government.

The Enugu State House of Assembly was shut down for decontamination on June 20 after the sudden death of Chief Ugwueze who died of an unknown ailment suspected, at the time, to be COVID-19 related.