How herdsmen killed my fiancé, kidnapped me — Oyo female farmer 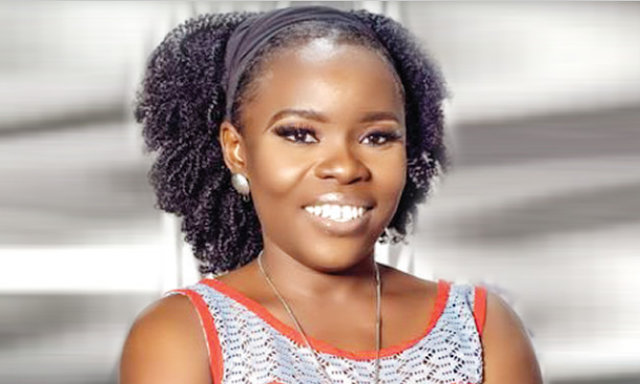 A businesswoman, Modupeoluwa Oyetoso, has been mourning the death of her fiancé, who was shot by suspected herdsmen at the Lanlete area of the Ibarapa East Local Government Area of Oyo State.

It was gathered that the lovers were returning from the farm when the four suspects waylaid them around 5pm.

While the fiancé was attempting to manoeuvre his way to escape the attack, one of the gunmen reportedly shot him.

“The bullet hit my fiancé at the back of his head. I didn’t know what to do, as the blood was rushing out of his head. I thought I could save him, so I attempted applying pressure to stop the blood, but I couldn’t do it because the car, which was still in motion, was about to hit a tree,” Oyetoso said during an interview with @twinklefiles on Youtube.

After managing to stop the vehicle, the assailants reportedly caught up with the businesswoman, whisked her away into a nearby forest and abandoned her fiancé for dead.

While in the forest, Oyetoso explained that the suspects “brought out a rope, tied my hands and one of them used the rope to pull me, while another one at the back was hitting me anytime I slowed down as we were running to leave the scene. When I slumped, they beat me and pulled me up. I had to summon the strength to run with them as it was raining.”

When the suspects got to a safe location, they instructed Oyetoso to contact her parents and demanded N50m for her release.

She said, “When we got to a place, they brought out my fiancé’s phone, removed his SIM card, inserted it into another phone and asked me to call my parents to inform them that they wanted N50m for my release.

“My dad started pleading with them and they told him that if he wanted to see me alive, he should find it. They spoke with him in Yoruba, but they communicated with themselves using another language.

“I farm in a place where we have a lot of Fulani settlers; I am familiar with them. They (suspects) were dressed like them, so, I know they were Fulani. In the forest, they told me they don’t have cattle and that the only thing they do is to kidnap for money. They said next time I see robbers, I should stop instead of running because what they want is just money. One of them even told me to take what happened as fate and at that point, I realised that they were thinking about my fiancé.

“The rain started and ended while we were in the forest. There was no shelter, and when we got to a particular point, there was a river and the current was heavy. One of them went through it first; I was shorter than them and when they told me to come around, I was really scared. My hands were tied, as I walked through the river and one of them just held on to the rope and pulled me as I passed through the river to get to the other side.”

When Oyetoso’s parents were not forthcoming with the ransom the next day, the suspects reportedly threatened to kill and sell her body parts.

“My dad kept begging them that it was a Saturday and no one keeps cash in the house. He explained to them that he was retired and did not know how he could raise the money and one of them shot in my direction because he felt my dad was taking them for a ride. They said if they did not get the money, they would kill me and get buyers for the body parts.

“My dad got to Eruwa around 9pm; he called them and three of them went to meet him and they left me with one of them. They told him to go to three different locations before they told him to drop the money somewhere; they wanted to know if he was being followed.

However, in a series of tweet, which was also posted on Instablog9ja, Oyetoso decried the state of insecurity in the Lanlete area, adding that two people were kidnapped a few days after she was released.

Using her Twitter handle @Doopeh, she wrote, “The Ibadan branch of the Poultry Association of Nigeria reported that more than 10 of their members have been victims within the past five months. Our story needs to come out, because there is so much that isn’t said about kidnapping.”

The state Police Public Relations Officer, Gbenga Fadeyi said, “Prior to the incident, we had massive deployments of police tactical teams on the routes. Several arrests have been made, with suspects paraded and charged for kidnappings, armed robberies, among others.

“We also have collaborations with quasi-security groups, including vigilantes and hunters, to comb the bushes around the area. Stakeholders’ meetings have also been organised in that area.”