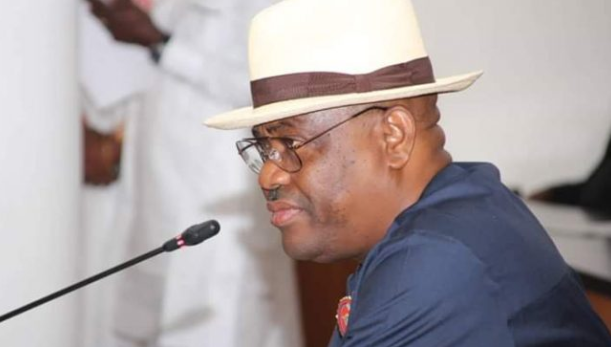 Governor Nyesom Wike of Rivers State has wondered why President Muhammadu Buhari is supporting the governorship candidate of the All Progressives Congress, APC, Osagie Ize-Iyamu for the forthcoming election.

According to Wike, it was wrong for Buhari, whose main agenda is fighting corruption, to back Ize-Iyamu, who, according to him, is being charged for graft.

Governor Wike is the Chairman of the Peoples Democratic Party, PDP, Campaign Council for the Edo State governorship election.

Ize-Iyamu of the APC will battle it out with the incumbent governor and PDP candidate, Godwin Obaseki, in the September 19, 2020 polls.

The Rivers State Governor believes that Ize-Iyamu, who, according to him, is being tried by one of the anti-graft agencies, should not be enjoying the presidential support.

“The main agenda of Mr President is to fight corruption, how can he support the APC candidate that his own agency has charged for corruption ?” He tweeted.

“Except they are saying he was charged because he was in PDP and his sins have been wiped away because he is now in APC,” he added.