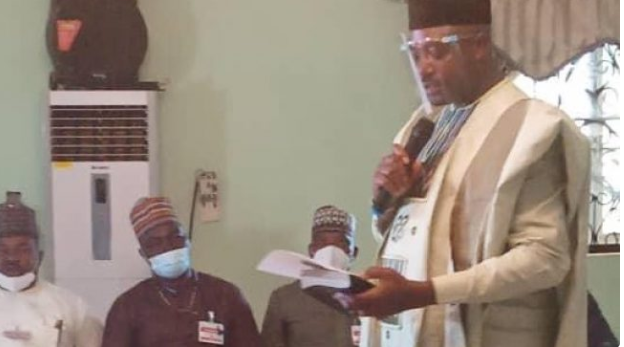 The crisis rocking the Edo state house of assembly took a new twist on Thursday with the emergence of Victor Edoror as speaker.

Edoror, who was impeached as deputy speaker in 2018, was elected speaker by 17 lawmakers loyal to Adams Oshiomhole, former governor of the state.

The lawmakers orchestrated the removal of Francis Okiye as speaker after meeting at an undisclosed location in Benin, the state capital.

Among the 17 lawmakers were 12 who were not sworn in since they were elected in 2019.

Their seats had been declared vacant amid the power tussle between the members of the assembly loyal to Oshiomhole and those who have the backing of Godwin Obaseki, the current governor.

Obaseki, who is now the candidate of the Peoples Democratic Party (PDP) in the  September 19 governorship election, has enjoyed the support of the assembly with his loyalists in charge.

But he started losing support of some of the lawmakers. Yekini Idiaye, the deputy speaker and one of his loyalists, recently endorsed Osagie Ize-Iyamu, candidate of the All Progressives Congress (APC), in the election.

Although Idiaye was consequently removed as deputy speaker, that step emboldened the pro-Oshiomhole lawmakers who relaunched the move for their inauguration.

The inauguration of the new members and subsequent emergence of the new speaker is believed to be part of a grant plot to impeach the governor.

But speaking after his emergence as speaker, Edoror was said to have promised that the house under his leadership will focus on its legislative duties and not pursue the impeachment of any member of the executive, apparently referring to Obaseki.

He was also said to have called for unity among the members, and that there is “no victor, no vanquished”.