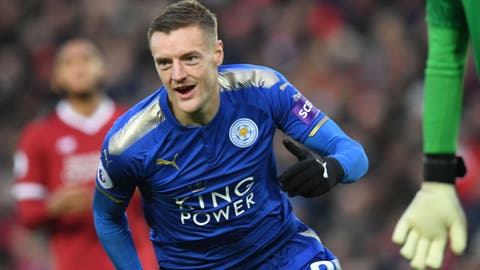 Jamie Vardy has signed a one-year contract extension at Leicester City that will take him beyond his 36th birthday, the club announced on Wednesday.

The Foxes have rewarded the striker after he scored 23 goals to claim the Premier League’s Golden Boot last season.

Vardy said, “The journey that I’ve been on with this football club is hard to describe, and although we’ve accomplished so much together already, I know that I’ve got so much more to achieve with this team, so it’s a special feeling to be able to commit my future to Leicester City once again.”

The forward was signed from then non-league Fleetwood Town in 2012.

He has scored 129 goals in 309 appearances for Leicester and is fourth on the club’s all-time scoring charts.

Leicester finished fifth in the Premier League and will play in the Europa League next season.