EDO 2020: PDP blasts Tinubu, urges him to concentrate on 2023 ambition 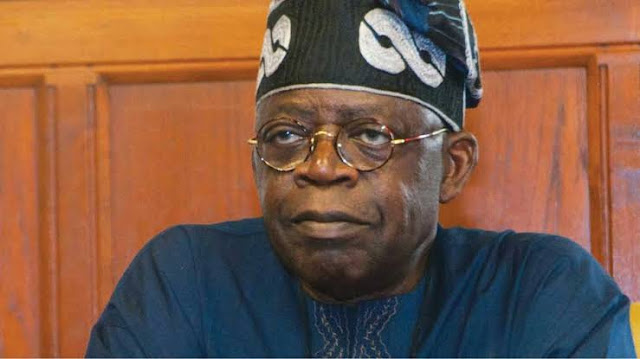 The Peoples Democratic Party, PDP, in Edo State has advised the former governor of Lagos State, now National Leader of the All Progressives Congress, APC, to concentrate on what they described as epileptic 2023 presidential ambition rather than wasting time and energy on Edo political situation.

The South-South national vice chairman of the party, Chief Dan Orbih gave this advice in Benin City, while reacting to the recent statement credited to Tinubu when he accused Gov Obaseki of committing impeachable offences.

According to Orbih, “Tinubu style of leadership and politics of South West Nigeria is not attractive to Edo people, the only person one can rightly refer to as a dictator is Asiwaju Bola Tinubu.

“Is does not make any sense for him to seat down in the comfort of his home drawing up grounds for impeachment for the elected governor of Edo State concerning the unfortunate incident in the State House of Assembly. Reading through his statement, I have come to the conclusion that certainly, he is not aware of the issues.

“It is proper to state here that, we only have ten house members who are legally representing their constituencies, I expect as a former governor of Lagos State, he should know better that once a proclamation is made the law does not allow for another.

‘The other fourteen members stayed away on the instruction of the man who nominated them to be candidates of APC which is Adams Oshiomhole. And we want to advise Tinubu to concentrate his epileptic 2023 ambition,” Orbih added.

Meanwhile, the Deputy Governor, Comr Philip Shaibu, has called on President Muhammadu Buhari, the Inspector General of Police, Department of State Services and other authorities concerned to as a matter of urgency

He said; ” we have intelligence that some individuals are in Edo State courtesy of the former national chairman of the All Progressive Congress, APC, and the names of persons and their mode of entry have been communicated to security agencies.

“Their assignment is to come and assassinate some known individuals in the State. We want president Buhari to tell the security to do their work. Edo is not going to be a theatre of war, we are law abiding,” he said.