Edo 2020: Ize-Iyamu reacts to his endorsement by President Buhari 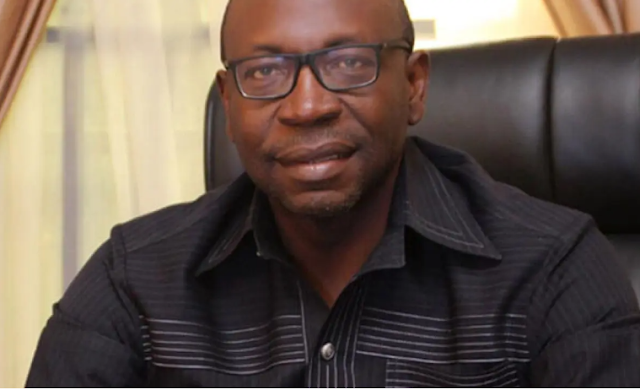 Pastor Osagie Ize-Iyamu, the governorship candidate of the All Progressives Congress, APC, in the September 19, 2020 election, has reacted to his endorsement by President Muhammadu Buhari.

The APC governorship candidate assured that the party was united, strong, and ready for victory at the coming election.

NigerianEye reported earlier that President Buhari endorsed Ize-Iyamu as the party’s flag bearer for next month’s elections in Edo State.

This was revealed by the Chairman, Caretaker Committee of the APC, Mai Malla Buni, on Friday.

Buni stated this while briefing State House correspondents after presenting Ize-Iyamu to Buhari.

Reacting to the development, Ize-Iyamu tweeted, “Today at the Villa, I received the flag of our great party, the @OfficialAPCNg, from President @MBuhari as the party’s candidate in the Edo Governorship election.

“Our party is united, strong, and ready for victory at the polls! #EdoMustMoveForward #EdoForAPC #POIGANI”