BBNaija 2020: He was pressuring me,– Tolanibaj after sleeping on Prince's bed 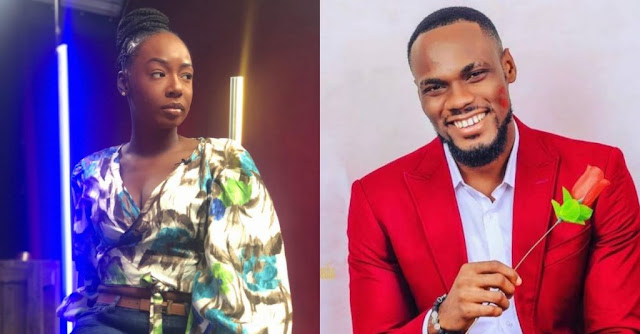 Recall that Prince had shown interest in Tolanibaj, Nengi, and Wathoni since he got in the BBNaija house. However, he is yet to make a decision on who to pick among the trio.

On Thursday night, Tolanibaj engaged in a conversation where she challenged Prince to prove he wants her in his life.

She also claimed that she wouldn’t sleep in Prince’s bed till she finds him worthy of it.

The BBNaija female housemate also told Prince to put in efforts if he wants to have her as his girlfriend.

“I’m challenging you to be the best boyfriend but if you do not like the challenge you can leave.

“You like me but how many girls have you told that here.

“Put in the effort for me. I’m the prize if you don’t see me for who I am, I’ll leave you,” Tolanibaj said.

However, speaking with fellow housemate, Vee, in the garden on Friday morning, Tolanibaj confessed to breaking her promise by sleeping next to Prince in his bed last night.

According to Tolanibaj, “I didn’t have any choice than to spend the night in his bed because he was pressuring me to do it.”

Meanwhile, Prince had told his fellow male housemates that he would stay away from Nengi if she kept switching between him and Ozo.

Also, Wathoni had told Prince to make his clear intentions known among female housemates and stop sitting on the fence.

According to her, Prince is the reason for the hostility between the ladies in the house and needs to make it public if he is dating Nengi.