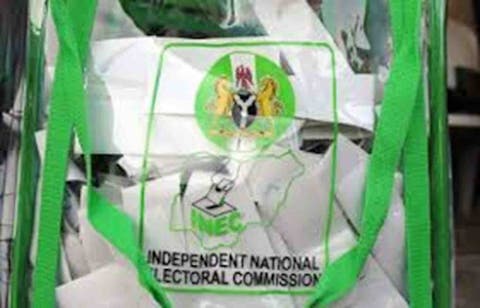 The Independent National Electoral Commission (INEC) will retain the 2019 Edo voter register for the governorship election due to the COVID-19 pandemic.

Dr Johnson Alalibo, Resident Electoral Commissioner (REC) Edo, made this known during a dialogue with Nigeria Civil Society Situation Room, a coalition of over 70 civil society organisations in Abuja.

“The commission suspended the collection of voter cards with continuous voter registration due to the COVID-19  pandemic. So, we are reverting back to what we had in the 2019 general election, that is what we are using.

“Since the release of the Edo election time table, the commission has been occupied with various activities in relation to the election, ranging from monitoring of political parties primaries to publication of forms with names of candidates.

“We have received some non-sensitive materials and we are still receiving them and distributing them to Local Government Areas.

Alalibo said that training of electoral officers had been concluded and that of security personnel cascaded into three levels had also been done.

He said that capacity building for persons living with disabilities had been conducted with the commission taking note and making provision for them during the elections.

He said there were ongoing radio programmes and campaigns to enhance women participation in the election adding that, infrared thermometers, sanitisers and buckets have been provided for the election.

Alalibo said that the commission had identified some hot spots for violence and had passed the information to security agencies for possible aversion of violence adding that INEC would work to deliver a credible election.

Earlier, Mr Clement Nwankwo, Convener, Situation Room, said the aim of the dialogue session was for key stakeholders to interact with the REC to understand the issues at stake and what to look out for to achieve a credible election in Edo.

“We do know that there are a lot of concerns about Edo elections as we speak, concern about threats of violence looming; we are hoping that the elections in spite of all of the present fear will go on peacefully.

“From the Situation Room side, we have made a call on all the election stakeholders including candidates, political parties and indeed everyone who is involved with the elections that there is an important need for calm and peace.

“So this is a strong call for respect for peace and respect for the electorate voting because without peace we clearly do have a challenge.’’

Nwankwo said that the group discussed with the INEC Chairman, Prof. Mahmood Yakubu and he gave some assurances about the independence and none partisanship of the electoral commission.

He said that the commission came up recently with a system of electronic collation of votes where voters could see their votes’ outcome as soon as it was collated.

He said that innovation was an improvement in the electoral process and something the group was delighted about adding that “our hope is that this innovation will not be disrupted.’’

Nwankwo said that the group was looking forward to an election that would indicate the huge step forward in terms of concerns that the Situation Room had expressed about the elections.

He said that the group was planning to deploy 300 observers at the polling units spreading into the collation centres to monitor the process of the election.

He urged INEC to conduct an election that everyone would be pleased with taking note of the lessons learnt from the 2019 general elections and improving on them going forward into 2023 elections.