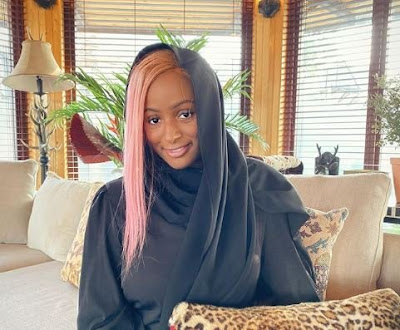 Florence Otedola, a Nigerian disc jockey (DJ) better known as Cuppy, has opened up on her relationship life, saying this year would be when she would find her man.

The 27-year-old entertainer, who doubles as a daughter to Femi Otedola, a billionaire businessman, had earlier crossed path with Anthony Joshua, a British-Nigerian boxing heavyweight champion, in series of hangouts that fueled speculations they were secreting dating.

Her father had, in a similar situation, referred to Samuel Perry, a comic-actor better known as Broda Shaggi, as his son-in-law after their union for a skit.

Cuppy, however, took to her Twitter page on Sunday evening to reawaken questions on her relationship status after she in-explicitly wrote: “2020 will be the year I find the love of my life.”

Her assertion comes months after she had, in a similar tweet, questioned why she was still single while admitting men were scarce.

Last year during her charity event, Cuppy had hinted that her wedding would be small and without stress while addressing her father amid prominent politicians and foreign nationals.

“I’d like to thank his excellency the vice president for joining us tonight,” she had said from the podium of the grand Abuja event which was also attended by Vice-President Yemi Osinbajo.

“Your presence has already made this a very special night for me. I pray you’ll stay and enjoy some Gelato, sir. To Mr. Otedola, don’t worry. My wedding would be much smaller and less stressful.”