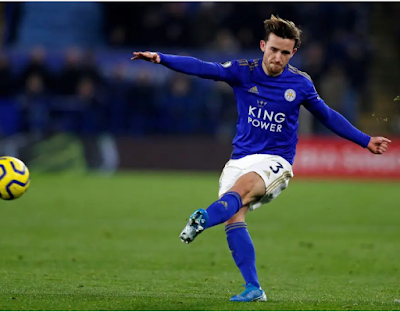 Chelsea has already spent £80 million to sign Timo Werner and Hakim Ziyech from RB Leipzig and Ajax respectively but the Blues manager, Frank Lampard, is desperate to continue spending after guiding the West London club to a fourth-place finish in the 2019/20 Premier League season.

Chilwell, Havertz and Rice have repeatedly been linked with a move to Stamford Bridge this summer transfer window.

Chelsea is already closing a deal for Chilwell worth a reported £50 million.

Chilwell has been Lampard’s top target this summer, and it appears Chelsea have managed to convince Leicester City to sell the full-back.

Havertz is another long-running transfer saga for Chelsea with Granovskaia struggling to come to terms with Bayer Leverkusen over a fee for the 21-year-old Germany international.

Rice has also drawn the interest of Lampard with the Blues boss keen to test him out at centre-back, but West Ham have put a £70m price tag on the England youngster.