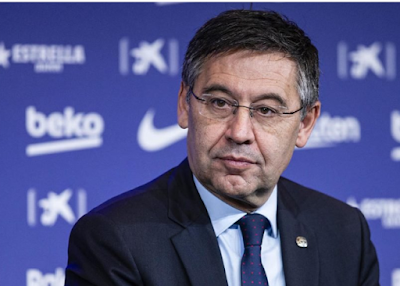 Barcelona president, Josep Bartomeu, will resign from his role if Lionel Messi agrees to commit his future to the club, according to TV3.

It is understood that Messi has so far ignored Bartomeu’s phone calls, as he tries to make peace with the player.

As it stands, the 33-year-old wants to leave Camp Nou this summer, with Manchester City leading the race for his signature.

Bartomeu, who is serving his final term of presidency, has since come under heavy criticism, with angry Barcelona fans protesting for the second day in the city.

The supporters want the board to stand down, after a trophyless season that saw two managers sacked.

They may get their wish, with Bartomeu willing to step aside, so far Messi publicly agrees to stay with the LaLiga giants.