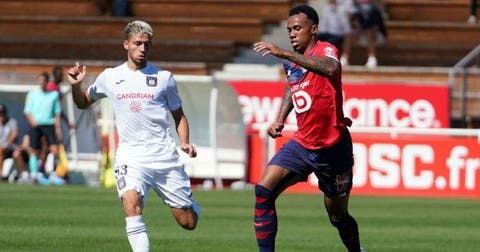 Napoli have been set a deadline to complete a deal for Lille centre-back Gabriel Magalhaes by the player’s agent with Arsenal ready to swoop, according to reports.

The Gunners lifted their 14th FA Cup at the beginning of the month, ensuring the feel-good factor returned at The Emirates after an underwhelming league campaign.

Despite the success, however, a number of key issues remain in Arteta’s squad ahead of the new season.

It was recently claimed that Mikel Arteta would be given £100m this summer to secure his three main transfer targets, with one of those Gabriel.

And now Gazzetta dello Sport (via Sport Witness) claims that the Brazilian defender has a ‘moral agreement’ with Serie A side Napoli with the player just waiting on the Italian club to pay Lille €25m.

However, with the future of Kalidou Koulibaly up in the air – as speculation continues to link him to Premier League clubs – and claims they have to raise funds this summer, they cannot yet deposit the cash.

The defender’s agent has given Napoli two weeks to sort the deal out or face the prospect of losing out on Gabriel, with Arsenal ‘ready to pay €30m’.

Once the deadline has passed, then Gabriel will choose another club with the Gunners poised if the deal falls through.

That came after a report in La Voix du Nord said that Arsenal were Gabriel’s priority this summer over Napoli.