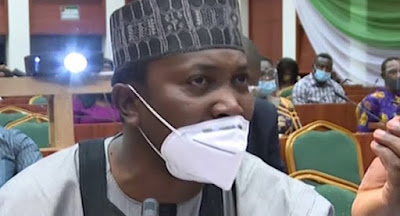 Startling revelations about the looting of the treasury of the Niger Delta Development Commission were made on Friday before a committee of the House of Representatives.

Leading the exposure was Mr Johnson Kolawole, the Head, Directorate of Research and Programmes, Act for Positive Transformation Initiative, NGO.

He accused the Interim Management Committee (IMC) of the NDDC of financial recklessness and mismanagement.

He stated that the IMC had expended over N80 billion between January 2020 and May 2020 as against the N22 billion repeatedly portrayed by the IMC.

He said that the 2019 Appropriation Act as passed by the National Assembly provided for some emergency projects across the state in the region with an additional N800 million as emergency contingency sum.

According to him, the IMC had spent N20 billion on emergency road repairs, with fraudulent cases of contract inflation and non-implementation.

“How would they explain the payment of N13.6 million for consultancy on the construction of ‘infant Jesus’? The said payment went into a Zenith bank account number 1014119683.

“The company had earlier received N34 Million into its Zenith Bank account number 1012613187 for ‘consultancy on reputation management for NDDC’.

“Same day, when businesses and countries were closing their doors, the same company, Clear Point Communication Ltd was paid N34 million for ‘Niger Delta Development Forum in Washington DC, USA’ and another N32.9 million for ‘Summit on NDDC and Investment Opportunities in Dorchester, London’, same day.

“There was no evidence of implementation of the contracts. Money paid went to private individuals; this ad hoc committee can call for the account statements of the firm to verify this.

“Same company received into same account a sum of N536 Million Naira for “campaign to save lives” in the Niger Delta on April 23, 2020.

“The payment was broken into 16 units to divert attention. Again, the money went into private pockets, some staffs of the commission were beneficiaries.

“May 22nd, another N641 million was paid to same company for media support for forensic audit as though forensic audit was meant to be a media affair,” he said.

Kolawale alleged that monies meant for students on scholarship abroad was being diverted into private account of the IMC. 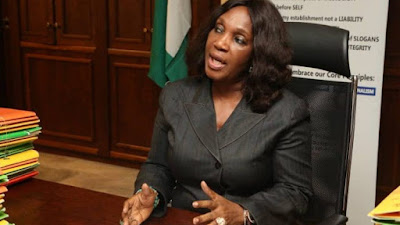 Ms Joy Nunieh, former acting Managing Director NDDC told the committee that only N8 billion of the said N81.5 billion spent between October 2019 to May 2020 was spent under her watch.

Nunieh said that she was under pressure by Akpabio to abuse budget processes and to engage in financial recklessness.

She said that she prepared documents for the forensic audit mandated by President Muhammadu Buhari before she was forced out of office.

She revealed that the lead consultant procured to carry out the forensic audit did not follow due process as it breached constitutional requirements.

Nunieh also said that no reputable auditing firm in Nigeria is among the nine sub-auditing firms already engaged to carry out the job.

She explained that none of the firms had carried out any forensic audit in the last four years as mandated by the Constitution.

Nunieh recommended that the President and the National Assembly should ensure the procurement of forensic auditors to follow due process, otherwise they could bring the process into disrepute.

She said that the forensic auditors should look into staff recruitment process and qualifications as professionals and experts in the commission are insufficient.

She urged the Inspector General of Police to investigate and arrest Akpabio for forcing her to take oath of secrecy.

In his ruling, Tunji-Ojo said that the committee had not indicted anybody and that all accused should appear for fair hearing.

He said that the committee is not out to witch-hunt but to bring out the facts and reposition the NDDC for better service delivery.