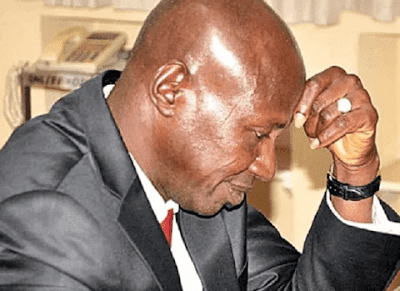 The presidency has issued a stern warning to the Justice Ayo Salami led Presidential probe Panel against compromising their investigation, saying that ‘the Magu case’ should be treated with a speed of light.

Sources revealed to that members of the panel were seriously advised against compromising their investigation as the issue of Magu is being taken as “more deadly than COVID-19 pandemic and must be handled with the speed of light.”

In a similar vein, It has also been learned that all police officers that served in EFCC between 2015 under Magu had been directed by the Presidency to write the roles they played in the commission’s activities during the period and submit same to the investigative panel, warning that failure to do same would result in serious sanctions and disciplinary actions.

Similarly, they were directed to disclose information on how to recover alleged looted funds by the suspended chairman of the commission both within and overseas and were assured of double promotion.


It was gathered that the Presidency equally warned that any EFCC director or senior staff that worked under Magu discovered to own doubtful property or mansions would have to prove how he acquired them.