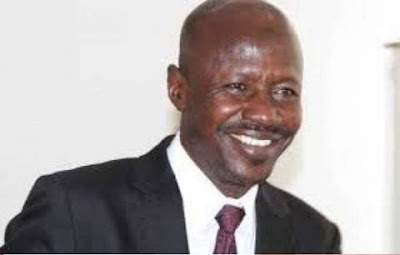 Lawyer to the suspended Economic and Financial Crimes Commission, EFCC chairman, Ibrahim Magu, Wahab Shittu, has said that his client is expecting positive surprises from the presidential panel probing allegations against him.

Shittu stated this on Monday in reaction to a comment by the Senior Special Assistant to the President on Media and Publicity, Garba Shehu, on Channels Television’s ‘Politics Today’ programme on Sunday, asking Nigerians to expect surprises from the panel report.

Responding to a question on claims by Magu’s lawyer that the probe was a witch-hunt, Shehu had said: “I guess this is a question for the Justice Ayo Salami panel and I must say that panel is composed of some of this country’s most honoured people with integrity who will do the right thing.

“I am not going to pre-empt the panel investigation but I just advise Nigerians to hold their hearts in their hands. By the time they are done with this job and they come out with the reports, prepare yourselves for surprises.”


In a chat with our correspondent on the comment by Shehu, Shittu stated that the only surprises that will come of the panel report will be positive ones.

He said: “We remain optimistic. We expect positive surprises in favour of the innocence of our client.”

Shittu also stated that his client will today submit his defence to the panel.