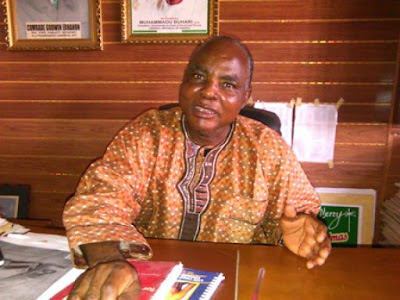 A former Publicity Secretary of the Edo State chapter of the All Progressives Congress (APC), Godwin Erhahon, has said that the State Governor, Godwin Obaseki has refused to learn from history.

According to him, what happened in Imo State between the Action Alliance, AA, and its governorship candidate in the 2019 election, Uche Nwosu, should have served as a lesson to Obaseki and his Deputy, Philip Shaibu.

He said a recent Supreme Court judgement that sacked Nwosu as the AA governorship flag-bearer, should have guided the governor’s decision to participate in Peoples Democratic Party’s primary after undergoing screening in APC.

He said having surrounded himself with swindlers who are urging him and his deputy to continue to pursue their gubernatorial ambition on the ‘wonky, expired and empty PDP platform’, Obaseki has failed to reason.

Erhahon said this in a statement in Benin City on Wednesday, pointing out that the court judgment in the case involving Nwosu, who participated in primary elections of two different parties, ought to have made the Edo Governor to have a rethink.

“The apex court crafted the judgment so explicitly as if it was meant for the duo of the governor and his deputy to understand what fate awaits them in the state,” Erhahon stated.

“The Supreme court nullified Uche Nwosu nomination in AA on the account that he had contested for nomination under APC.

“As if to explain itself further to the outgoing Governor, the Supreme Court elaborated on how the relevant law nullifies the PDP candidacy for their understanding when it elaborated thus:

READ ALSO:  Edo election: Why I'll never support Obaseki - PDP chieftain, Kassim Afegbua
“The spirit of the law forbids anyone to contest for nomination under two or more parties in the same election or even start the process of being nominated by procuring the nomination form. How does Governor Obaseki hope to escape the last clause?” Erhahon wondered.

He said the governor, at the moment possesses a counterfeit PDP governorship ticket, explaining that Obaseki obtained the APC nomination form, filled it and returned same, and even attended the party’s screening and was disqualified.

He said by the clause under reference, the apex Court seems to have told Obaseki to stop wasting his time and resources.

“So also does it sound a warning to Obaseki’s supporters that they are about burying themselves along with a dead body because they are blinded by temporary pecuniary sentiment.

“Whoever is being deceived by his neighbour may survive but whoever deceives himself is on a suicide mission. Let’s watch and see where desperation, cantankerousness and sadism are leading Governor Obaseki to. Like the Benin elders would say ‘hasty wrestling and fatal fall go together’.”

The APC had announced the disqualification of Obaseki, from participating in the June 22 primary election.

This was after the Governor raised the alarm, alleging that the former National Chairman of the party, Adams Oshiomhole was planning to announce his disqualification.

Following his disqualification, Obaseki resigned from the ruling party.

He later joined the PDP where he participated in the party’s primary election and emerged as the party’s sole candidate for the September 2020 governorship election.