Dare us if you feel anti-corruption war is waning – FG 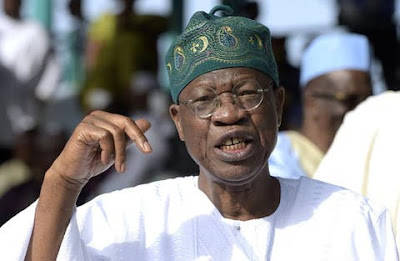 The Federal Government on Tuesday said the current regime’s anti-corruption war was not waning but alive and well.

It then asked those who feel otherwise, especially leaders of the opposition Peoples Democratic Party, to dare the law and bear the consequence.

The Minister of Information and Culture, Alhaji Lai Mohammed, said this at a press conference in Abuja.

He said Nigerians have recently been inundated with allegations of monumental corruption in a number of government agencies, including the NDDC, NSITF, and the anti-corruption agency, EFCC.


He said, “Many, especially naysayers, have misinterpreted these developments as a sign that the administration’s fight against corruption is waning.

“In fact, the main opposition PDP has latched on to the developments to call for the resignation of Mr President, a call that is nothing but infantile!

“Let me state here and now that the fight against corruption, a cardinal programme of this administration, is alive and well.

“President Muhammadu Buhari, the African Union’s Anti-Corruption Champion, who also has an impeccable reputation globally, remains the driver of the fight and no one, not the least the PDP under whose watch Nigeria was looted dry, can taint his image or reverse the gains of the fight.

“Anyone who disagrees that the anti-corruption fight is alive and well is free to dare us.”