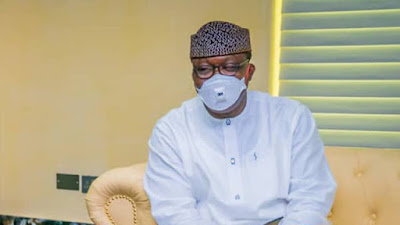 The Ekiti Government says it will begin to arrest those refusing to wear facemasks in public places from Monday.

The Attorney General and Commissioner for Justice, Wale Fapounda, on Sunday told newsmen in Ado Ekiti that there would henceforth be stiffer penalties for those who fail to comply.

The commissioner said Gov. Kayode Fayemi was particularly worried about the deliberate lack of compliance with most COVID-19 regulations in the state.

He said the governor had ordered full enforcement of all other COVID-19 regulations in the state.


The commissioner cited some of the precautionary regulations ignored by residents to include compulsory wearing of face masks in public places and observance of social distancing.

He explained further that mobile courts had been established to try offenders and impose adequate sanctions such as fines and community service.

The commissioner further explained that commercial motorcyclists as well as road transport workers whose passengers refused or neglect to wear face masks would be held liable.

He reiterated the commitment of the Fayemi administration to the protection of human rights while enforcing the regulations.

According to him, the Ministry of Justice has  already issued a directive ordering security agents to respect the rights of residents while discharging their duties.