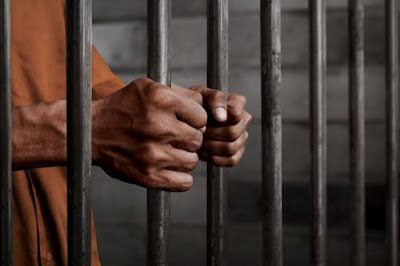 They were remanded on a two-count charge of armed robbery and robbery, preferred against them by the Police.

In a similar development, four men and two women, who allegedly stole 560 creates of Ice drinks worth N7,280,000, were, yesterday, arraigned before the court.


The defendants, Ashiwaju Rilwan 32, Nasiru Idris 20, Ayewo Sabo 30, Ijoma Okoro 36, Victoria Igwe and Chekwebe Eminyi 30. The defendants are facing a three-count charge, bothering on conspiracy, stealing and receiving, preferred against them by the Police.

The Prosecutor, Inspector Olatunde Kehinde, told the court that the first to third defendants and others at large conspired to commit the alleged offences on March 6, 2020, at Plot 1, Coco Industrial Road, Ogba Lagos.

Kehinde told the court that the first to third defendants stole 560 creates of Smirnoff Ice drinks, valued at N7,280,000, the property of one Obianuka Uchenna. The prosecutor said, ” Ijoma Okoro, Victoria Igwe, and Chekwebe Eminyi, received stolen 560 creates of Smirnoff Ice drinks valued N7,280,000, the property of the complainant”.

According to him, the offences committed are punishable under Sections 411, 287, and 328 of the criminal law of Lagos 2015. The defendants pleaded not guilty to the charge against them. Magistrate Mrs Abimbola Komolafe, granted them bail in the sum of N500,000 each, with two sureties each in like sum.