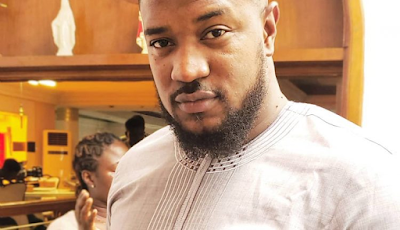 The actor, who expressed his opinion of how a woman should be treated by her man, took to his Instagram page @mofeduncan to share a photo of him and his new girlfriend.

“A real man never hurts a woman. Be very careful when you make a woman cry because God counts her tear (drops).

“The woman came out of a man’s rib, not from his feet to be walked on, and not from his head to be superior, but from his side to be equal.


“They should be under the arm to be protected, and next to the heart to be loved.

“Why did the bible say, “husbands love your wives” and not the other way around? THINK ABOUT THAT FOR A SECOND? Men generally need to treat women better, period,” he wrote.

According to him, his opinion will hopefully educate the men who do not know how to treat women and remind those who have forgotten just how women should be treated.

Duncan is a popular talented Nollywood actor, model, and film producer known for his role in a movie “Dark Past” alongside Chika Ike.

He began his career as a model at the tender age of five years when he modeled for Nestle and Maggi.

The actor went fully into acting after undergoing series of auditions and was picked for a role in his first movie.

His brilliant performance in his first movie earned him other roles in several movies, some of which are: ‘Dark Past’, ‘Just One Blood’, ‘Finding Love’, ‘Body of Evidence’, ‘Lies Men Tell’, ‘Sobis Mystic’, ‘Rough Patches’, ‘Swim’, and ‘My Angel’, among others.

Duncan’s co-associates in the movie industry have the cast of top Nollywood celebrities such as Chika Ike, Timini Egbuson, Bimboye Ademoye, and Bisola Aiyeola.