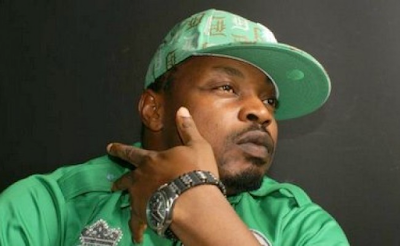 On December 4th, 2004, reigning Nigerian rapper at that time, Eedris Abdulkareem got tired of the way Nigerian artistes were being treated whenever their international counterparts were being invited to the country.

Abdulkareem decided to do something about it.

After performing in 2 out of 4 shows, 50 Cent and his crew were headed to Port Harcourt aboard an ADC flight. On the flight Eedris Abdulkareem tried to sit on a seat reserved for 50 Cent. The Nigerian rapper was stopped by 50 Cent’s bodyguards. Eedris was not having any of that and this led to a brawl in the plane.

As a result of the commotion, 50 Cent decided not to perform at the remaining two shows and left Nigeria. Even though this incident was one of the many reasons that led to the waning of Eedris’ career, it was also a spur for Nigerian artistes being treated better.

In a recent Instagram live chat with Samklef, he narrated what actually transpired, stating that Charley Boy betrayed him.

“Charley Boy went to meet Nigerian Breweries, he told them that ‘Una know say una don dey mess up tey tey’. Charly Boy collected money from Nigerian Breweries to blacklist me with the media. The next day they said Eedris Abdulkareem slapped 50 cent.

“Don’t blame the Nigerian media, they are hungry people. People were begging Nigerian Breweries to be on that show for N50,000, for N200,000. I am the first artiste that started charging N3m per show. I stood my ground because everything wasn’t about the money. It was about the future of Africa and the future of Nigerian music. When we met years later, 50cent  told one of his guys that if he was in my shoes, he would have done the same thing. I don’t listen to any stupid Nigerian youth”, he said.

In 2007,  Eedris Abdulkareem  apologized to 50 Cent on stage at the KORA Awards in Abuja.