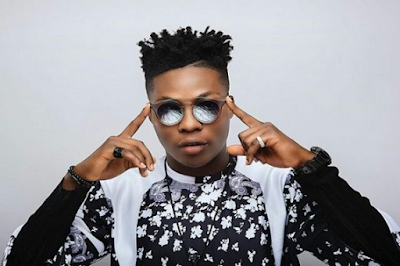 Weeks back, Burna Boy stunned fans after he seemingly demeaned his colleague, Reekado Banks when he rejected his challenge.

The drama began when a fan asked which fellow Nigerian artiste Burna Boy would love to challenge musically.

Burna replied on Twitter saying:” I don’t know what a hit battle is but I’m willing to go toe to toe with any worthy challenger. Lyrically, musically, physically. However, they want it”.

‘Oluwa ni’ singer, Reekado Banks replied by expressing his desire to battle Burna Boy. However, Burna Boy in his reply said he doesn’t consider Reekado Banks as a worthy challenger.

He said: “You know I got too much love for you bro. But didn’t you see when I said “Worthy Challenger”? Reeky oooooo!!!”

In a recent Instagram live chat with media personality, Douglas Jekan, Reekado reacted on the issue.

“To be honest, I didn’t take it as crazy as everybody else. That was why I still asked him ‘Are you doing the challenge or not? The idea was for us to play the music. I just thought we wanted to play music, but he didn’t see it that way, he saw it the way he saw it. And that just explains who he is; it has nothing to do with who I am”.

On the impression that people thought he slowed down after leaving Mavin records, Reekado said: “They would imagine that since they were not seeing me. I was trying to build a structure and locked in the studio trying to record many songs. I was taking my time to figure out myself, to figure out how the rest of my life is going to go”.