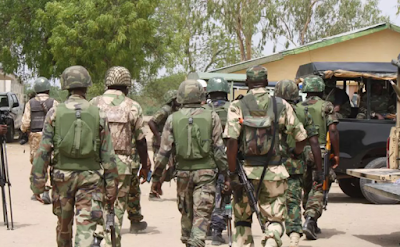 A human rights monitoring group, Nigeria Mourns, has revealed that over 353 persons died in the country in the month of March, 2020.

According to the group, while the attention of the entire nation was shifted to the global COVID-19 pandemic which led to the death of many people much more people died from Boko Haram/banditry attacks, kidnapping and other forms of violent mass killings across the country.

The group also alleged that extrajudicial killings were carried out by security personnel.

Nigeria Mourns, in the report obtained on Monday, highlighted incidents that occurred in the month.


“The numbers in the month of March continue to highlight the deliberate targeting of security officers by insurgents. For instance, at least 83 persons were killed in 7 insurgent attacks in the North-East.

“Of the stated number, at least 50 were soldiers who had been killed in an ambush by suspected Boko Haram gunmen near Goneri, a village in Yobe State. ISWAP insurgents also killed 5 police officers in Dapchi, Yobe State.”

It said in the same month, members of a joint security patrol team were attacked by armed men around Galkogo Forest, Shiroro Local Government Area of Niger State which led to the death of at least 29 security persons.

In a similar fashion, the group noted that at least, 70 soldiers were killed when rocket-propelled grenades were fired on their convoy, as they travelled near Gorgi village in Borno State.

“In this single month, a total of 161 security persons were killed,” the group said.

On deaths from Banditry/Pillages attacks, Mourn Nigeria reports that at least, 51 people were killed and millions of Naira worth of property destroyed in a coordinated pillage of five villages – Hashimawa, Marina, Kerawa, Unguwan Musa and Zariyawa, in Kaduna State.

In total, the group recorded the death of 219 people in March in at least, 27 incidents of bandit attacks/pillage.

Furthermore, it said that attacks and abductions on highways in spite of several highway security checkpoints spread across the country, also took many lives of Nigerians.

According to Nigeria Mourns, there were 37 incidents recorded in March with four persons killed.

It also claimed that in the month, Nigeria witnessed extrajudicial killings by security personnel, adding that this has remained, “a recurring theme in our reports.”

It said seven Nigerian lives were lost to extrajudicial killings in March and “2 of the incidents were attributed to ‘stray bullets,'” the group said in their monthly email update.