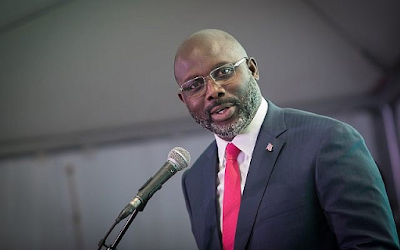 The government of Liberia has extended the lockdown to curtail the spread of the Coronavirus disease (COVID-19) in the country for another 14 days, but following calls from religious leaders, has allowed places of worship to reopen.

President of Liberia, Dr George Weah announced the additional extension of the measures on Friday, renewing the order for people to stay at home and observe the protocols that were originally instituted on April 10, 2020 by an additional two weeks.

Health authorities have advised that in the wake of the unresolved crisis, the need for the measures to remain in place still is pertinent. However, because of the government’s decision to provide food aid during the period, corridors will be opened to enable food products move from one county to the next, while observing social distancing, face covering and other measures.

Last month President Weah announced a State of Emergency to be observed throughout the Country. During this period, the joint security command and the Chief of Staff of the Armed Forces of Liberia were ordered to enforce the different protocols that were pronounced.


Amongst the measures were orders to quarantine the 15 counties; ensure that everyone in those counties stay at home for two weeks – with exceptions granted to designated essential persons and businesses; require all to be indoors by 3pm, and a directive to the Ministry of Internal Affairs to engage market leaders in order to make “satisfactory arrangements” for the operations of markets during the period.

But following calls from religious leaders, President Weah has proposed that Churches, Mosques and worship centers consider the commencement of their operations beginning Sunday, May 17, 2020, with 25 percent of the regular worship-hour occupancy for each service, which will allow for social distancing and other protocols such as the use of face coverings, handwashing, etc.

According to the President, Muslims can begin on the Friday before that with the observation of similar 25 percent of its normal occupancy and the observance of health regulations.

“The security forces will be required to monitor these guidelines to make sure there is no violation,” President Weah said.

The Government of Liberia also called on Liberians, led by religious leaders, to use the upcoming Unification Day celebration to pray for the Country to be healed from the virus.