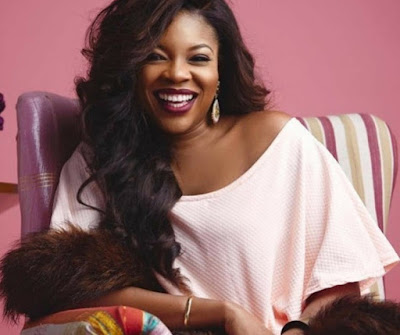 In the face of hopelessness, fear and gloom occasioned by the Coronavirus pandemic that have characterized much of year 2020 most people in the world have written off the year as a year of total waste. Even Jack Ma of Alibaba has thrown in the towel, saying “2020 is really just a year for staying alive”, adding that we should all forget about our dreams and plans and focus on staying alive.

But for film-maker and music video director extraordinaire, Kemi Adetiba of “Wedding Party” fame, such submission is a wrong way to sum up the year as she believes the year still holds many promises’. She made her opinion known through her Twitter and Instagram handles.

She said, “ I think 2020 still has more to offer. There is no pretending it is increasingly becoming harder and harder to remain positive in these peculiar times. It is very natural to want to simply throw your hands in the air and give permission for the year to throw you anywhere and anyhow it wills.

I know it seems unfair to be forced in the position where you have to choose between hunger or health for both yourself and your family, but alas, here we are and there is no running from it.”


She sermonised that lamenting about the situation will not make it disappear, and advise we should give it whatever it takes to live our normal lives.

“Blinking hard or “woe is me” laments will not make it disappear. But if this THING will not play fair, then neither will we. The only thing sure about LIFE is CHANGE. And as long as you have breath… There is always HOPE!!! No one would have predicted an invisible virus would come shut down the entire world for half the year. This is what you call “humbling!!” But as long as the world is still spinning, we have an obligation to keep pushing,” she added.

She prophesied that when things open up it will be survival of the fittest and only those that spent time warming up, prepping and evolving will gather the most nuts in the end.

Kemi Adetiba is known for many things in the media and entertainment world, but her two films “Wedding Party” and “King of Boys” have been rather extraordinary.