Coronavirus cases in the world now over 4 million 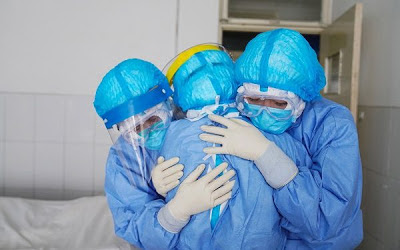 According to the latest statistics by worldometers.info, 94,198 fresh cases were recorded in about 210 countries, giving a grand total of 4,007,842 cases.

Spain the second worst-hit in the world in terms of infections has 260,117, although infection and death rates are diminishing.

The country registered 3,262 cases on Friday, just a few more than 3,173 recorded on Thursday.

Spain is loosening up restrictions with death toll reducing consistently. On Thursday, it posted 213 deaths while on Friday the figure was 229.

The UK has 31,241 deaths, the highest fatalities in Europe, second only to the United States in the world.

While the UK leads Europe in death’s grim statistics, it’s the fourth in the world and third in Europe in terms of infections.

Russia which suddenly catapulted itself as the new hotspot for the virus is now fourth in Europe and fifth in the world.

Here is the situation report in five other hard-hit countries: