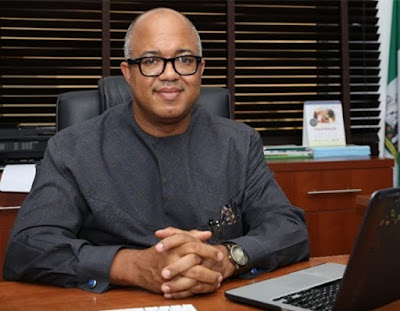 The Nigeria Centre for Disease Control on Tuesday said it would target testing two million people in the next three months.

The NCDC DG, Dr Chikwe Ihekweazu, who said this at the Presidential Task Force on COVID-19 media briefing in Abuja, also said it cost between $18 and $20 to test a COVID-19 sample.


According to him, the cost does not include human resources and other expenses.

Ihekweazu said these as the President Muhammadu Buhari sent a team of experts to Kano State on Tuesday barely 24 hours after he imposed two-week total lockdown on the state.

There have been concerns about the COVID-19 cases and the increasing deaths in the state, which the NCDC and the state government are investigating.

But on Tuesday, the NCDC boss said the Federal Government would step up testing in Kano and other states in the country.

He said compared with South Africa, Nigeria was lagging behind in terms of the number of people tested for COVID-19.

He said the ban on inter-state movements, which was announced by the President on Monday, would prevent transmission of the virus to areas where cases had not been reported.

Ihekweazu stated, “There are four states where we have not confirmed a single case. Our goal is to avoid a single case in any of those states and to keep them exactly that way.

The director general had on Monday listed Nasarawa, Yobe, Cross River and Kogi as states that had not recorded any COVID-19 case.

But on Tuesday morning, the Nasarawa State Government said the state had recorded a case of the virus.

Admitting that Nigeria was lagging behind in terms of testing, Ihekweazu said, “In order to test two million people in three months, we need to test 50,000 samples per state, depending on population size.”

The NCDC DG said that over the next few weeks, he would be engaging aggressively with all state governments, asking them to work with the PTF in order to increase the capacity to test more people.

On the cheaper testing method being developed in Dakar, Senegal, Ihekweazu said that the West African country had always enjoyed the presence of the World Health Organisation and a reference laboratory run by the WHO.

It said the new testing method would only be available by the middle of the year. He, however, said that it would not come as cheap as being said in the media.

He added, “There is a long standing World Health Organisation laboratory in Dakar, Senegal that has been a reference centre for a long time. There is a new testing development that will become available sometime in June or July. It is not available now. All the tests they have done so far (in Senegal) were done using PCR (polymerase chain reaction). There is no way that it (the new testing method) will be available at that price ($1).

“It costs between $18 and $20 to test a COVID-19 sample. This is for reagent alone. We have not put a cost to human resources and other costs.”

Referring to his speech on Monday, when he called on states with low or zero cases to get samples for the NCDC to test, the NCDC DG said that he was only expressing concern about the danger of leaving cases behind without treating them