Sports minister plays down chance of Serie A resuming 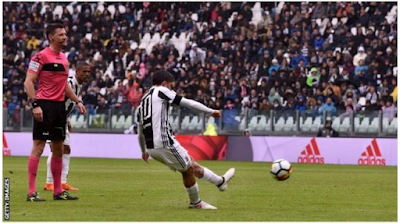 Italy’s Sports Minister Vincenzo Spadafora said on Wednesday that the country’s top-flight Serie A soccer championship looked unlikely to resume this season because of the coronavirus epidemic.

On March 9 Italy suspended the league campaign as part of a nationwide lockdown to curb a new coronavirus epidemic that has seen more than 200,000 confirmed cases and more than 27,000 deaths, the second highest tally in the world after the U.S.

“I see an increasingly narrow path for the resumption of the Serie A… If I were one of the presidents (of the clubs) I would focus on the next season,” Spadafora told private TV broadcaster La7.

France and the Netherlands have already declared their soccer seasons over, while the English Premier League, the German Bundesliga and Serie A have said they want to finish.


“These decisions (in France and in the Netherlands) could push Italy to follow this line, which would become a European line,” Spadafora said.

He added that he thought a majority of Serie A presidents might soon ask to suspend the league and prepare for the next championship.

Prime Minister Giuseppe Conte has announced that lockdown measures will be eased from May 4, with training for sports teams possibly allowed from May 18.

The Italian Football Federation (FIGC) has drawn up a medical protocol for training, but Spadafora said the government’s scientific expert did not deem it sufficient, and that discussions would continue.

“If the championship should ever resume, it will certainly be behind closed doors,” Spadafora said.

There are 12 rounds of matches still to play in Serie A plus a number of games from previous rounds.

Title holders Juventus are one point clear of Lazio at the top.