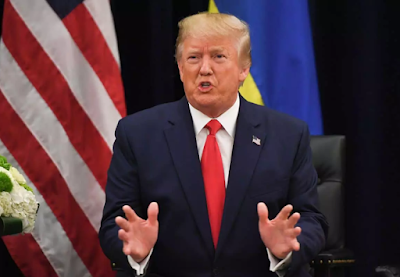 United States President, Donald Trump has alleged that China will do anything they can to make him lose his re-election bid.

He said this in continuation of his criticism of China amid the coronavirus pandemic.

The coronavirus has claimed over 60,000 lives in the U.S. and ravaged the economy, Trump’s main selling point for re-election campaign.

Trump said Beijing faced a lot of possible consequence from the U.S. for the outbreak.

The American leader insists that China should have informed the world about COVID-19 much sooner.

He told Reuters: “There are many things I can do. We’re looking for what happened. China will do anything they can to have me lose this race.”

Trump also dismissed the polls in favour of Biden’s emergence as U.S. President in November.

“I don’t believe the polls. I believe the people of this country are smart. And I don’t think that they will put a man in who’s incompetent”, the President said.