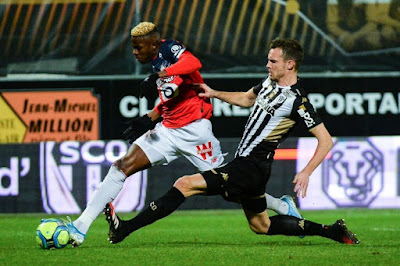 Ligue 1 and other French professional sports leagues including football and rugby cannot restart before September because of coronavirus restrictions, Prime Minister Edouard Philippe said on Tuesday.

Philippe made the announcement as part of a gradual plan to lift the lockdown in France. He said no event where more than 5,000 people gather would be allowed until at least September.

The announcement appears to scupper the plans of French football’s top division Ligue 1 to start again in June with players being recalled as of May 11.

The news is also likely to affect the Tour de France, due to embark from Nice on August 29 and where huge crowds would be expected to gather at the start and finish lines.

“I would like to be precise here, no large sports gathering or any gathering of 5,000 people or more, needing the permission of the local police and long prior arrangements, will be allowed before September,” Philippe said.

France is currently under a nationwide lockdown until May 11 and around 23,000 people have died so far of coronavirus linked illnesses in the country.