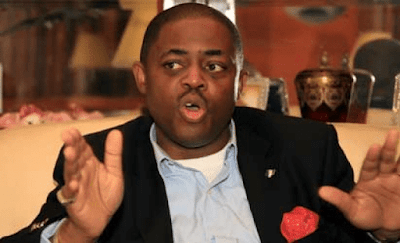 Femi Fani-Kayode, former Minister of Aviation has kicked against a statement by the Nigerian government describing ‘Operation Amotekun’ as illegal.

Recall that in a statement signed by the Special Assistant on Media and Public Relations to the Attorney General of the Federation and Minister of Justice, Dr Umar Gwandu, the government said the establishment of Amotekun was not backed by any known law in the land.

“The setting up of the paramilitary organization called “Amotekun” is illegal and runs contrary to the provisions of the Nigerian law.,” Malami said.

But, Fani-Kayode reacting said he believed that Buhari government will not be in support of the Southwest security outfit because of the interest of herdsmen.

According to him, the present administration’s primary interest is to protect herdsmen not ‘sons of Oduduwa’

On his Twitter page, Fani-Kayode wrote: “Not surprised that AG said Operation Amotekun is illegal.

“Anybody that believes that a Govt. whose primary interest is to protect the interest and further the fortunes of the Fulani & their herdsmen would want the sons of Oduduwa to defend themselves against mass murder is naive.”