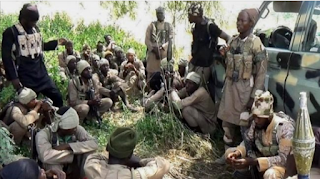 Security sources confirmed this on Wednesday.

A DSS source said they were released following a negotiation with the sect. It was not possible to confirm if any ransom was paid to secure their release.

The humanitarian workers –  two females and three males – were abducted three days to Christmas. Boko Haram fighters had ambushed their convoy en route to Maiduguri from Monguno in Borno.

“They are in good health and are being debriefed at our command in Maiduguri,” a security source said.

In December, the insurgents had kill four humanitarian workers they abducted in July.

They blamed it on the breakdown of talks with the government.

“The government is not sincere and do not respect timelines,” Ahmad Salkida, a journalist known to have access to Boko Haram leadership, had quoted a sect commander as saying.

Boko Haram has also killed other abducted aid workers. On Christmas Day, 10 Christian captives were killed by the sect.