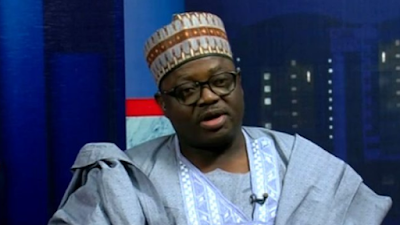 The All Progressives Congress (APC) says it will petition the National Judicial Council (NJC) over Augusta Kingsley-Chukwu, a judge of the Rivers state high court presiding over some cases involving the party.

In a statement on Wednesday, Lanre Issa-Onilu, APC spokesman, said the judge has not been fair to the party as it works towards repositioning the APC in Rivers.

The supreme court had nullified all the party’s congress in Rivers and this denied the APC from participating in the 2019 general election.

Issa-Onilu said based on the development, the party decided to set up a caretaker committee that would oversee congresses to elect new leaders at all levels of the state.

However, the APC spokesman said the party has not been able to constitute the caretaker committee because of cases that have been filed in court.

“On 6th September, 2019 the APC constituted a caretaker committee to pilot the affairs of the party in Rivers State. The party also scheduled the conduct of congresses to elect the executives of the party at various levels,” he said.

“The APC objected to the jurisdiction of the court to entertain the suit and on 18th December 2019 the court struck out the suit for want of jurisdiction, thereby allowing the APC to proceed with its re-strategising process and conduct of congresses.

“Before the court rendered its decision striking out the suit, one Igo Aguma filed a similar suit against the APC challenging the composition of the caretaker committee. The suit was filed on 16th December, 2019 and assigned to Justice Augusta Kingsley-Chukwu.

“The APC was entitled to 21 days within which to enter an appearance and file a defence to the suit. Curiously, it was brought to our attention that Justice Augusta Kingsley-Chukwu had abridged the time to 48 hours.”

Issa-Onilu said they were surprised to find out that the judge’s husband is a Peoples Democratic Party (PDP) leader “who currently serves as the legal adviser of the PDP in Rivers state.”

“The APC expected Justice Augusta Kingsley-Chukwu to have followed the time-honoured tradition of judicial officers such as Justice Zainab Bulkachuwa, President of the Court of Appeal and Justice Mary Peter Odili JSC who had recused themselves from adjudicating over cases that would likely impact on the political interest of their spouses,” he said.

“Disappointedly, Augusta Kingsley-Chukwu proceeded to entertain the suit and granted an injunction restraining the APC and the caretaker committee from taking any steps whatsoever.

“It is clear to us that the PDP in connivance with Justice Augusta Kingsley-Chukwu has perfected plans to keep APC in Rivers state in perpetual paralysis through endless suits and injunctions.”

While calling on Ibrahim Muhammad, chief justice of Nigeria (CJN), to caution judges, the APC spokesman said his party would also write a petition against Kingsley-Chukwu.