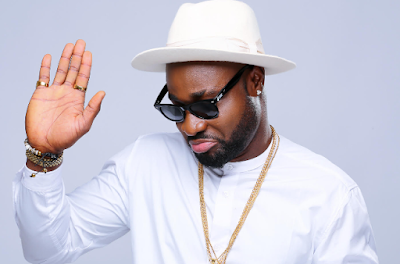 The versatile singer took to his social media on Tuesday to announce the engagement with an emotional message.

He also shared a video of the beautiful engagement ring on his wife-to-be’s finger, stating that “Isioma said yes”.

Harrysong added that the lovebirds would get married this year using the hashtag #KingIsi2020.


The ‘Reggae Blues’ crooner described his girlfriend as a replica of a mother in his life as she is caring, forgiving and has made his life beautiful.

“I lost my mother when I was very young, I’m happy to have found a mother in you” he said with a video capturing the engagement ring on his girlfriend’s finger.

“You care for me, you forgive me so easily, you make my life so beautiful, You’re patient and kind. What a beauty to behold. You’re my #Isioma #KingIsi2020 #Isiomasaidyes.”

Harrysong was born as the only child to Ijaw parents in Warri, Delta State. After the death of his mother, a strained relationship between him and his step-mother led to his drop-out from school and his involvement with music grew after moving to Port Harcourt.

At age eleven, Harrysong’s music career started as a percussionist in the church his mother served as the music director before he went on to learn contemporary gospel music. In 2007, he moved to Lagos as the lead singer of a live band who perform in night clubs until he met Kcee which led to him signing for Five Star Music.

I lost my mother when I was very young, I'm happy to have found a mother in you You care for me, you forgive me so easily, you make my life so beautiful You're patient and kind. What a beauty to behold You're my #Isioma #KingIsi2020 #Isiomasaidyes