‘Papa, you’re giving out our inheritance’ — Billionaire Otedola speaks on his daughter’s reaction to N5bn donation 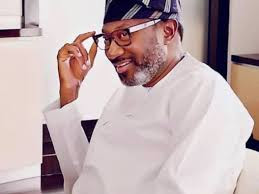 Femi Otedola, Nigeria’s business mogul, says one of his daughters had warned that he was giving out their inheritance when he disclosed he would make N5 billion donation.

In November 2019, the billionaire businessman had made the headlines after he donated the said sum to Save the Children, a UK-based charity, to support the organisation’s intervention in the north-east.

The donation was made through Cuppy Foundation, a non-profit organisation founded by Florence Otedola (DJ Cuppy), his daughter, during her Gold Gala.

DJ Cuppy is a board ambassador for Save the Children and a member of the organisation’s Africa advisory board.

On Monday, while being awarded a plaque as the ‘Philanthropist of the Decade’ at ThisDay silver jubilee, which held in Lagos, the 57-year-old oil tycoon dedicated his award to children living in conflict-torn zones.

Otedola also reminisced on how his family and cohorts had expressed their reservations prior to his critically acclaimed donation.

“When I sold one of my businesses, my majority shareholding in Forte oil, I woke up one day and I said to myself ‘I’m 57 years old.’ The age for the departure lounge from this world, for me, is 85,” he said.

“So I now said I have only 28 years left. Out of the 28 years, of course I sleep 10 hours a day, so I said most likely if God permits me like our father Chief Adebanjo, I would have 12 years awake.

“I said okay and then called my CFO. She said, ‘Sir, you have sold the business, one of the arms of the business, in 5 months you have N5 billion interest.’ I said okay, we’ll give it to charity.

“She looked at me and was like ‘Sir, what did you say?’ I then had a meeting with my family. I think one of my children said to me, ‘Papa, you are giving out our inheritance.'”

He said he told his children that he did the best for them by giving them the best education, something with which they should run their career race.