Bakare urges Buhari to influence who becomes his successor 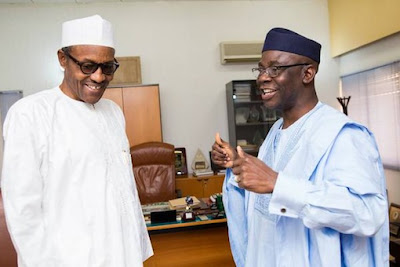 The Serving Overseer, Latter Rain Assembly, Pastor Tunde Bakare, has urged the President, Major General Muhammadu Buhari (retd.), not to leave the choice of who takes over from him in 2023 to chance.

In a nationwide live broadcast in his church on Sunday, Bakare, who paid Buhari a visit last week, said it was important for Buhari to influence who will emerge his successor in 2023 so that his legacies will not be rubbished.

Buhari had recently declared that he would not influence who would succeed him.

But Bakare, who had last year declared that he would succeed Buhari, said there was a risk that a looter might take over if Buhari did not deliberately plan and determine who his successor will be.


Bakare said, “God is into succession. Anyone that does not concern himself about succession is destroying his legacies.”