Attack on US forces: Command accounts for personnel in Kenya 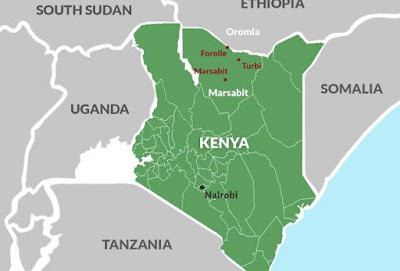 Following Somalia’s al Shabaab Islamist group attack on US forces in Kenya, the U.S. Africa Command has said an accountability of personnel assessment is underway.

The U.S. Africa Command Public Affairs made this known in a statement on Sunday, saying initial reports reflect damage to infrastructure and equipment.

“Initial reports reflect damage to infrastructure and equipment. An accountability of personnel assessment is underway.  As additional facts and details emerge, we will provide an update,” the Command stated.


“Working alongside our Kenyan partners, the airfield is cleared and still in the process of being fully secured.

“Al-Shabaab has put out multiple press releases exaggerating the security situation on the ground. This practice has proven common place for this terror organization,” the statement read.

He maintained that U.S. presence in Africa was critically important to counter-terrorism efforts.

“Al-Shabaab resorts to lies, coercion, and the exertion of force to bolster their reputation to create false headlines. It is important to counter al-Shabaab where they stand to prevent the spread of this cancer.

“Al-Shabaab is a brutal terrorist organization. It is an al-Qaeda affiliate seeking to establish a self-governed Islamic territory in East Africa, to remove Western influence and ideals from the region, and to further its jihadist agenda. U.S. presence in Africa is critically important to counter-terrorism efforts,” Gayler said.

According to the U.S. Africa Command Public Affairs statement, the security situation at Manda Bay is fluid.

Al-Shabaab is a terrorist group that has repeatedly communicated an intent to attack U.S. interests. This is the same terror group that took more than 80 innocent lives in Mogadishu last week.